Stay up to date with the Official Superman Celebration App!

The schedule is subject to change. Follow our social media accounts & the Official Superman Celebration App for the most up to date information! 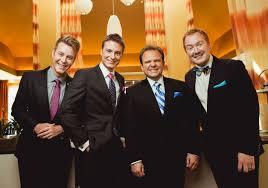 Since 2006, nationally known recording artist Tribute has become one of the country’s most dynamic and beloved male quartets in all of gospel music. Gary Casto, Josh Singletary, Riley Harrison Clark, and Anthony Davis have proven to possess the winning combination of musical talent, warm and engaging personalities, and a focus that has kept them on the path to continued success since their inception.

In an ever-changing musical climate, Tribute has remained steadfast in their goal to make great music that is both timely and relevant to the current musical scene and their loyal fan base while never wavering from their God-called mission to share Jesus with everyone with whom they come in contact. With a career that has already spanned the U.S., as well as several foreign countries, Tribute’s popularity continues to grow. The men of this quartet attribute that first and foremost to the favor of God on their lives and ministry, as well as their many fans and friends who continue to help grow this ministry one friend at a time.

With several industry awards and chart-topping songs to their credit, Tribute’s music continues to bless and inspire their many supporters as well as regularly garner the attention of new fans. Each man in this group is excited about the future of this quartet–a future in which fans, peers, and industry insiders agree has only more great things in store for this group known as Tribute.

The Comedy of Andy Imlay

Have a Super Laugh or Two! 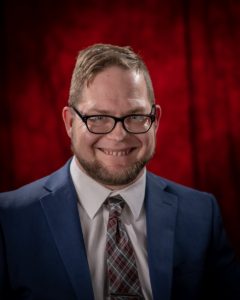 Born 12 weeks early and diagnosed with cerebral palsy at 18 months old Andy has never been one to let that stop him from achieving any goals he set for himself. Graduating from high school without having any special education intervention he continued to work on his own plans and achieved just that winning the 1999 Mr. Vincennes University bodybuilding contest (wheelchair division) In October 2016, he was featured by Nike for a shoe for people with disabilities. In 2017 he was named Ambassador for Easter Seals Southwestern Indiana. Inspiration from his humor comes from his passion for Superman and breaking down stereotypes. He has been blessed with humor in a very difficult situation. His comedy adventures have taken him to perform with “Screech” from Saved by the Bell fame and also a performance at the Orlando Improv.

Dance the night away with Jazz Patrol on Saturday evening!  Live music starting at 7:00 pm. Music selections range from golden-era swing to modern jazz rock.
Jazz Patrol is a Paducah-based jazz band consisting of nearly 20 members, including vocalists. Also known as PJE (Paducah Jazz Ensemble), the group is comprised of musicians from all walks of life who love to entertain professionally and routinely play both public and private events throughout the year.
Admission is free.

The Superman Celebration isn’t just a one-of-a-kind event celebrating all things Superman, several events held in conjunction with the Celebration serve as fundraisers for organizations.  These events are planned by organizations separate from the Metropolis Chamber of Commerce, and may have an entry fee involved.

The Kiwanis Club of Metropolis

The United Way of Massac County

The Rotary Club of Metropolis