A super place to meet some talented people and pick up art, comics, books and more!

Matthew has worked for DC COMICS and MARVEL COMICS on such titles as ADVENTURES of SUPERMAN, TEEN TITANS, the OUTSIDERS, SUPERMAN/BATMAN and WONDER WOMAN. He’d spent a year doing special projects for DC before taking on THE DOOM PATROL.. Clark co-created the book FELON with Greg Rucka which has something of a cult following. Most recently Matthew has worked on Kurt Busieks Astro City, Justice League with Bryan Hitch, and a Green Arrow 2 partner.

Matthew began his comic book career at DC in 1999 on Wonder Woman. It was a year long run full of ups and downs for the young artist. In 2003 following a brief tenure on Marvels Young Inhumans, Matthew got a call that would change his life. Being offered the regular pencilling assignment on ADVENTURES OF SUPERMAN, the original SUPERMAN title, fulfilled his life long dream of drawing SUPERMAN. The very reason Mr. Clark wanted to draw comics professionally in the first place. Matthew believes a man can fly.

While at MARVEL COMICS drawing such books as GHOST RIDER, PUNISHER, AMAZING SPIDER-MAN. and AVENGING SPIDER-MAN. Professionally Matthew has worked with the top writers in comics from Greg Rucka, Geoff Johns, Grant Morrison, Mark Millar and many others. His attention to detail has been a hallmark to his art.. Often during a series he’ll be requested to draw in different styles paying homage to other artist a great example is ADVENTURES OF SUPERMAN #638 the Calvin and Hobbes pastiche, still get great reviews. Currently working for Valiant, Legendary, DC, Upperdeck, Dark Horse…..its a wonder he sleeps…oh wait he doesn’t.

Like many people he’s on Facebook, Twitter, Instagram and many other social media where he previews upcoming art he’s working on or just rambles on. Feel free to hit him up. Commissions and Sketch inquiries can be sent to matthew@matthewclarkartist.com

He is a native Oregonian living in downtown Portland, has coffee on Wednesdays with other local comic book creators, he co-founded Mercury Studio (now Helioscope studio) listens to audiobooks and old pulp serials

NOTE:  Matthew was scheduled to be a Guest Artist 2019 but canceled due to production schedule   He will be joining us this year!   Appearing Fri/Sat/Sun in the Artist Alley/Writers Way! 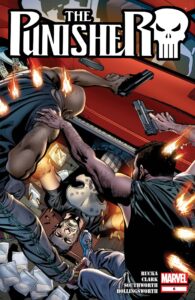 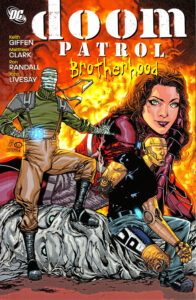 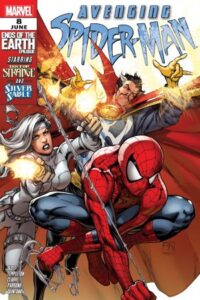 GUY GILCHRIST will always be known as “Jim Henson’s Cartoonist “, having created “The Muppets” comic strip (KFS) for newspapers around the world 1981-86, and having a leading role on Jim’s creative team on Muppet Babies, Fraggle Rock and Other Henson creations.

He has also headed Publishing and/or Licensing for TMNT, Tom and Jerry, Looney Tunes, Tiny Toons, Pink Panther, and Disney among other cartoon icons.

Guy’s Muppets work was permanently enshrined in the Smithsonian in 1984, with First Lady Nancy Reagan declaring him “ a national treasure”.

Guy is the author of 50+ children’s books of his own creations, and has been given three Children’s Choice Awards from the International Reading Council of The United Nations for his Tiny Dinos series, as well as garnering two Silver Reuben Awards from the National Cartoonists Society (NCS) for Night Lights & Pillow Fights Volumes l & ll.

Guy lives in Nashville, Tennessee where he continues to create art and ( his other passion) music!

Burchett began his artistic career in St. Louis, Missouri and did his early professional comics work at First Comics, Pacific Comics, Capital Comics, and AC Comics; on titles including Black Diamond, E-Man, American Flagg!, Great American Western and The Phantom.  Moving to DC Comics (as well as the DC imprints Impact Comics and Vertigo), Burchett’s first work for the company was on Blackhawk, followed by titles likeBatman, The Flash, Superman, Black Hood, Wonder Woman, The Justice League, and Green Lantern.

In 2006 he became the ongoing penciller on Marvel Comics’ She Hulk with writer and former Batman Adventures collaborator Dan Slott. As of 2011, he is the artist for The All-New Batman: The Brave and the Bold, the comic book tie-in to the Batman: The Brave and the Bold animated television series. Also in 2011, Burchett became the artist for the ongoing webcomic Lady Sabre and the Pirates of the Ineffable Aether, written by Greg Rucka.  In 2017, he rejoined Ty Templeton in creating a new DC digital comic, Harley Quinn and Batman.

In 2017 Burchett replaced Chuck Ayres as the penciller on the syndicated comic strip Funky Winkerbean, debuting with the May 25 installment.

Based in St. Louis, Missouri, Steven Walden didn’t start painting until 2014, but now it’s his full-time job. Walden has made a name for himself with his vibrant larger than life pop style.  With music, movie and sports icons as his subject matter, Steven has captured famous figures in action in brilliant colors.  Steven is also know for his generosity by donating art to area hospitals, schools, organizations and individuals to help raise money for charity.

His comics work has been published by Marvel, DC and Dark Horse among others.  Jim lives in Memphis, Tennessee where he has formed a partnership with extremely talented illustrators and long-time friends Mitch Foust and Dean Zachary.  Together, they are Jupiter Press.  Jim can be reach by email at jnhall@jnhall.com

I wanted to choose a new path for myself since my college closed because of the 2019 pandemic. My new path, even though not clear at the time, was going to be based in the arts. Currently, I am drawing and designing a lot, primarily anime, under my business, Hustle Arts, LLC. My choice to follow my passion is paying off; I am enjoying time as a muralist and designing products with my art on them. However, my main focus is my upcoming comic book series.

Jay. P. Hartman is the Co-Owner and Head Editor at ShadowQuillsInk, a web-based editing company geared toward novelists. Linking the Indie Creative Communities through networking tools, their editing services are affordable for new authors without sacrificing the quality needed to impress a traditional publisher.

Jay. has published two novels: A Treasure made of Death in 2019, and The Wingman in 2022. He currently lives in Indianapolis with his wife and Co-Owner of SQI, Emily.

Trevor Hawkins is an artists who loves and is influenced by popular culture, and has a special love for comic books and heroic tales.
He has been displaying art at the MSC since 2008.
His style is a self described mix of Pop Art and Impressionism, usually done in acrylic paint and some mixed media.
The Superman Celebration is one of his favorite events to attend.

William lives in Louisville, KY and has been illustrating comics since he could hold crayons. Starting his own publishing company Dream In Color Entertainment (DICE) in 2010, with titles such as Sovereign and Trinity Ops. William is constantly trying new outlets for creativity and expanding the definition of creator and artist.

Todd Black is a writer of comics and novels of various genres. He’s self-published over 45 stories, and recently had a book published via Source Point Press.

His stories have been in genres like superheroes, sci-fi/fantasy, mysteries, anime, and more! And he’ll keep making stories so long as he has ideas.

Matt Schorr is a writer, podcaster, columnist and hardcore Halloween enthusiast. He’s best known for his horror comic, Moby Dick: Back from the Deep, and his weekly newspaper column, The Hard Way.

Artist, musician, father, family man, youth service worker, superhero and self-proclaimed Master of the Universe. I studied Art Education at Vincennes University and Fine Art at Oakland City University. I enjoy painting, sculpting and costume/prop making. Most of my work revolves around superheroes, sci-fi and other nerdy things. During the summer you can find me around the Indiana/Illinois area at local conventions selling my artwork. I also play bass in a classic rock band.

Originally from Bayonne, New Jersey; now residing in Terre Haute,Indiana. Candice Comelleri is an “award winning” freelance fine artist with pieces that can be found in private collections all around the world. Candice has contributed to several published works including several illustrated book covers, a children’s book and several illustrations for an award winning anthology series.
Art has always been her passion and she knew at a young age it was God’s calling for her life; to use art to make a difference to make others happy and to bring hope to all who may feel lost. She loves meeting new people and sharing moments with all who cross her path.
https://www.facebook.com/CandiceComelleriArtist/

Sean Dulaney is a Southern Illinois writer/artist and broadcaster.  His work has been published by Digital Webbing, Arcana, Markosia, Amryl/Basement Comics and Pro Se Press as well as his own BiMor Comics imprint.

Paducah School of Art and Design

Manage Cookie Consent
To provide the best experiences, we use technologies like cookies to store and/or access device information. Consenting to these technologies will allow us to process data such as browsing behavior or unique IDs on this site. Not consenting or withdrawing consent, may adversely affect certain features and functions.
Manage options Manage services Manage vendors Read more about these purposes
Preferences
{title} {title} {title}